I dont really know why, but I thought it would be good to stop and spend some time in Sarajevo – not sure why this town and none of the others, but it just felt right. It’s an interesting city – there’s a museum in the city that makes the claim that Sarajevo marked both the start and the end of the 20th Century – book ending a century that saw horrific wars in Europe. But there’s so much more to the city than assassinations and wars… it is a real melting pot where East meets West. But a bit like Berlin, it’s hard to avoid the obvious. Anyway, enough cod philosophy, some photos. I did the usual tourist stuff for the city like wandering around the market of the old city, but to be honest, the same tut is on sale in markets and souks all over the developing world, it’s hard to find genuine local products, but easy to find off-the-shelf ethnicity, a bit disappointing really.

Years back, when the Austro Hungarians wanted to build a new city hall they had to evict someone from the land, the owner held out and held out until he got a decent payout, he then promptly rebuilt it brick by brick on the opposite side of the river. I like that. Makes me think of the farmer in the middle of the M62 – sticking two fingers up to The Man 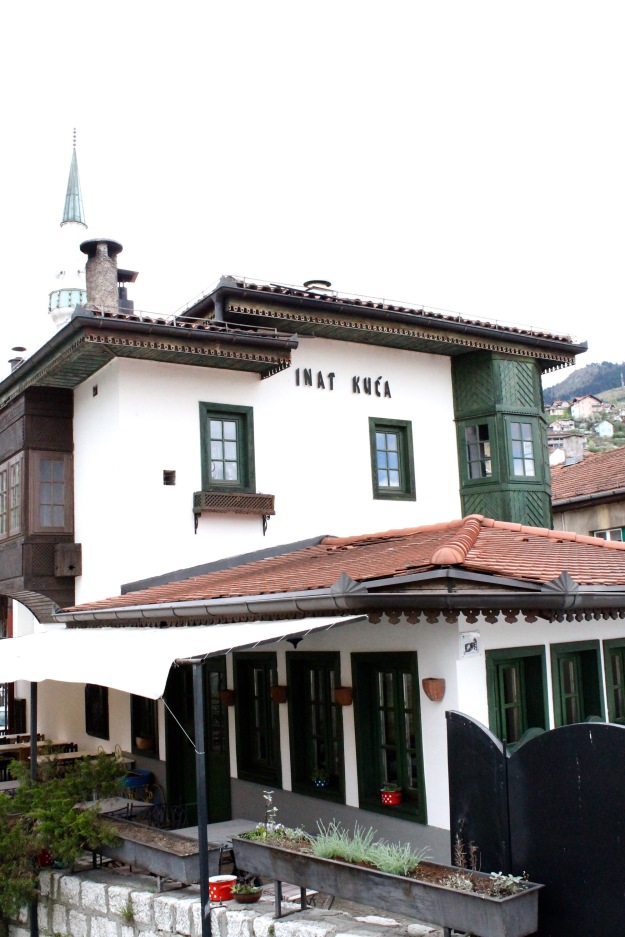 Whatever the city Bergers built was set alight by ‘Serbian criminals’ during the conflict of the 1990s and destroyed. It has been rebuilt and now looks stunning 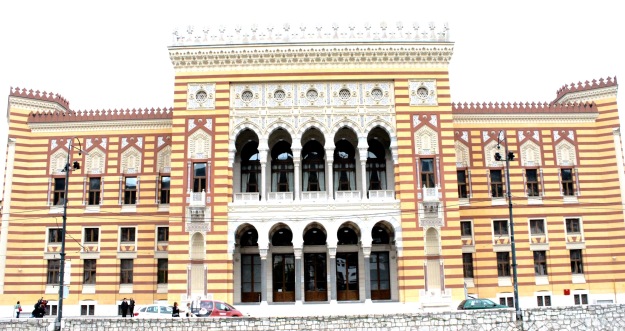 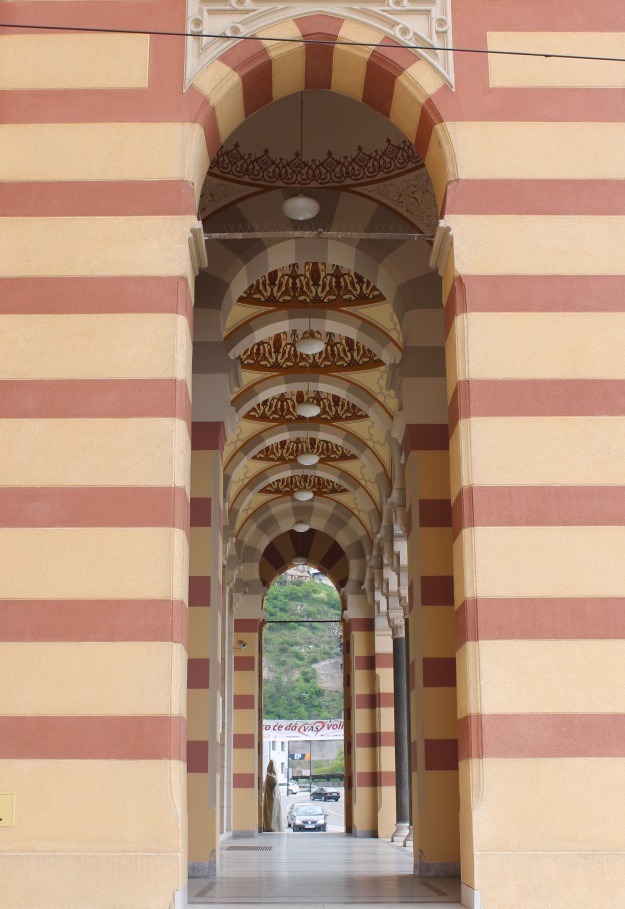 On the same street as my hotel was an Ashkenasi synagogue http://en.m.wikipedia.org/wiki/Sarajevo_Synagogue 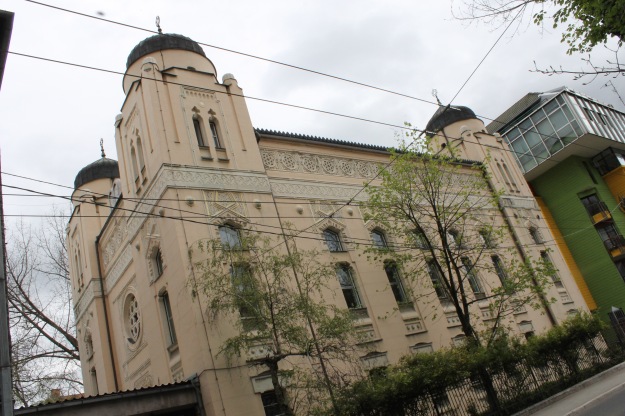 There’s a river that runs through the city, so that means there are loads of bridges: some old, some partly restored after bomb damage and others brand new. I was really taken by this one outside the Fine Art Gallery http://www.dezeen.com/2012/12/12/festina-lente-looping-bridge-in-sarajevo-by-adnan-alagic-bojan-kanlic-and-amila-hrustic/ 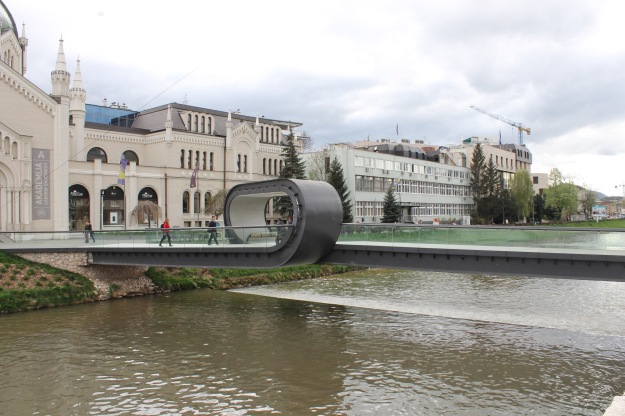 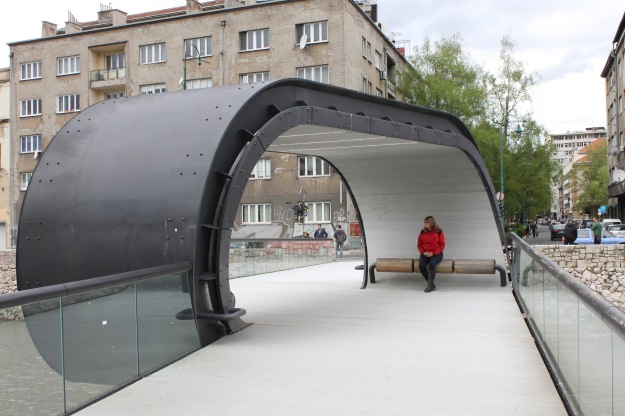 It’s a sore topic in the city, but THE National Museum has been closed for the last few years – a combination of funding issues and nationalist politics. Hence the sign  – which I think means No Museum, No Culture, No Morals (but I might be wrong). 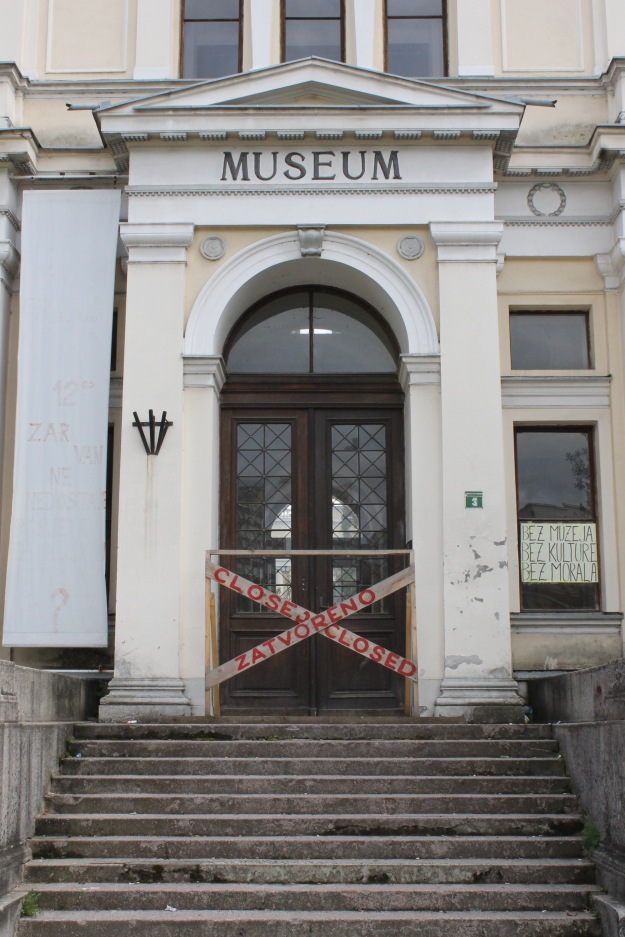 I took advantage of having transport and took a trip out of the city towards the airport where, during the Balkans war of 1992-5 there was a tunnel that went under the runway and helped to supply Sarajevo whilst the Serb army kept the city under siege. It’s not something I knew about before visiting the city. There’s a museum (of sorts) where the tunnel ended and you can walk through a 25m length of it which has been preserved 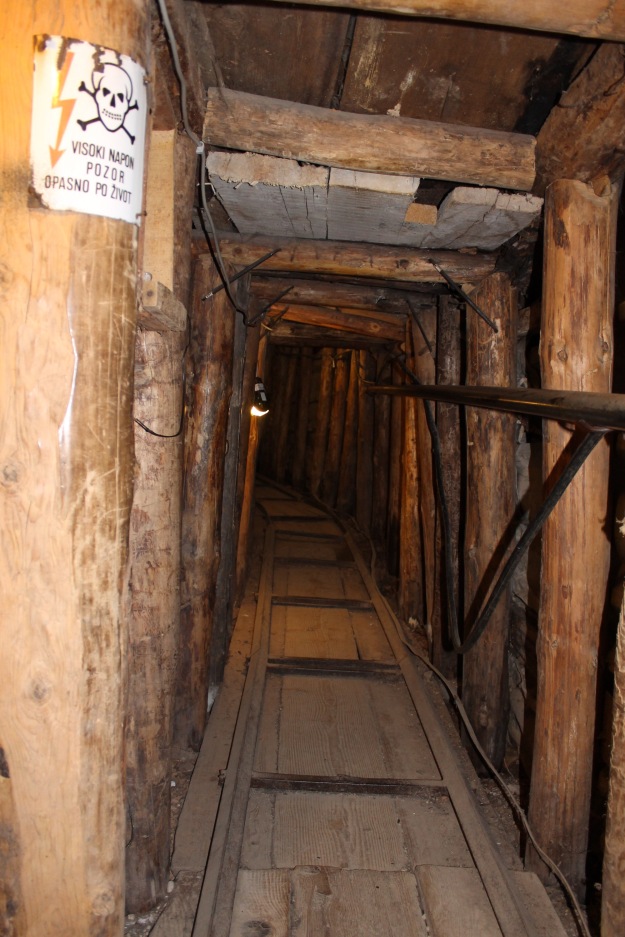 Given that two old college mates have been in touch this week after seeing the blog, I thought I should post a picture of our old house from Salford. 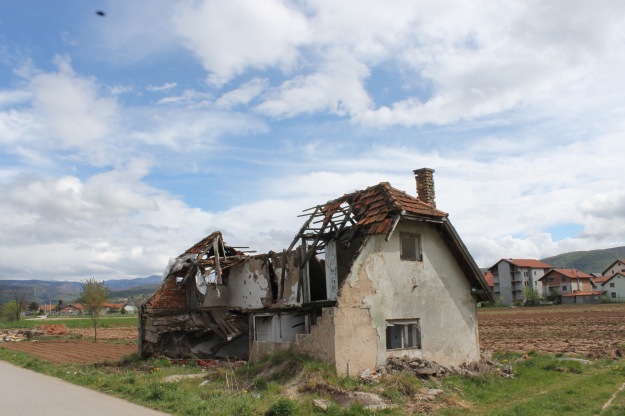 Finally, some food! One of the things that Sarajevo is known for is its Pitta – a kind of pie – it’s generally meaty, but some are veggie (phew!) like this one – made with cheese and spinach (if anyone is reading this from Greggs, or Wigan, you need to start selling these. Immediately). 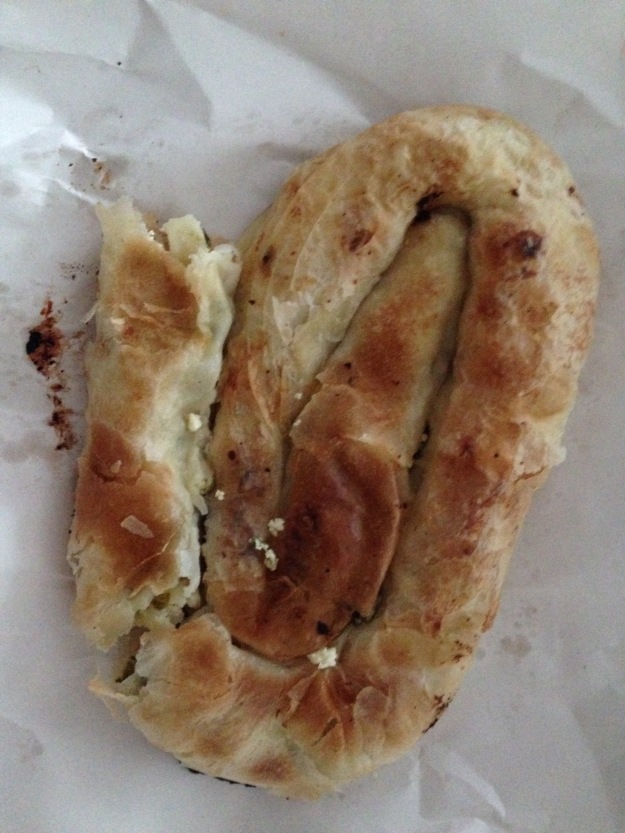 7 thoughts on “Day 9: Throwing My Arms Around…. Sarajevo”