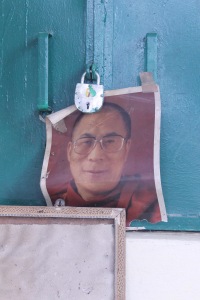 Travellers, pilgrims and hippies flock to Dharamsala in their thousands every year ‘to see the Dalai Lama’. So I thought, ‘why not join them?’ (even though I knew His Holiness is on tour in Australia).

Still a pedestrian, day 3 (Tues 2nd June) was mainly spent sat in a taxi for 7 hours travelling the 200km from Amritsar to Dharamsala on winding, bumpy roads. The taxi driver got lost in the town, got lost in the next town, returned to the right town, and then dumped me next to an auto rickshaw rank and told to use them to find my hotel. Charming Man.

The town has become the home of the Tibetan  Government in Exile since China invaded Tibet in the 1950s. More and more Tibetans have left / fled the country in the years since to escape persecution as the Chinese Govt tries to re-educate them away from their traditional religion, language and culture. I knew a little bit of the story and I have always been impressed that India gave refuge to thousands of Tibetans and allowed them to set up a government,  but I’ve always wanted to visit to find out more and see the place for myself.

First impressions weren’t great. Too many gap year kids hanging round wearing ethnic clobber. Too many lost souls trying to find themselves. Every other shop selling traditional Tibetan handicrafts and the ones in between are offering courses in Buddism, yoga or meditation. Come to think of it, it’s a bit like Chorlton… And I’ve never been a big fan of Chorlton.

But looking beyond that: there are monks and nuns in saffron and maroon (or as a good Fartown boy, should that be claret and gold?) robes; talking, smiling and studying. Charities and non profit organisations supporting refugees and preserving Tibetan culture. Performances of traditional music and dance. And occasionally an anti-China discussion or demonstration taking place. Tibetan faces far out number Indian faces, cafes and restaurants sell food that I’ve never seen or heard of before (kothay, anyone? Apparently it’s a part-steamed part-fried Momo. Momo, anyone?), and the mountain climate was a refereshing change to the heat in Amritsar.

The main sight to see in the town is the temple complex – home to a Tibetan museum, temple and the residency of His Holiness the Dalai Lama.

Before entering the complex there is a small lane to the left which leads to a library (which I think is the official Govt in exile building, but I didn’t enquire within) there’s also a short walk around the complex where monks walk around and pause at a number of temples and shrines – there was a brief mention of it in the Lonely Planet, but I guess no one else saw it as I was the only tourist I saw on the route in almost an hour. There were monkeys living in the pines trees (my hotel warned me about them, thieving gits!), prayer flags, lots of prayer flags, prayer wheels and a number of small shrines. And the monk in the picture – he didn’t speak a word of English, but we had a good chat and he was very keen to pose for photos, I think he lives in an ‘Elder’s Home’ in the complex. 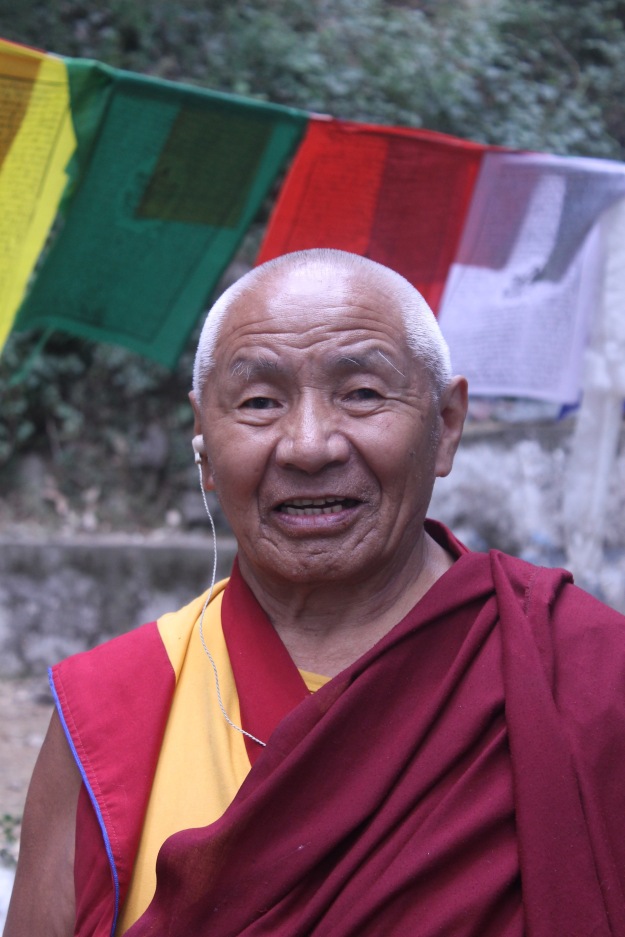 The museum largely focuses on the Chinese invasion of Tibet; there are harrowing stories of people fleeing over the mountains, of Chinese soliders opening fire on local people and a more recent phenomenon of self immolation – people (mainly monks, but normal Tibetans as well) setting themselves on fire to protest against Chinese oppression – to date 138 people have done this, almost all have died as a result. Much of this was lost on many of the people there as once again I was treated as a pop star and asked again and again for photos
(Photo of group)

The temple is simple but beautiful. I was able to watch monks praying / studying in one part and was blown away by the statue of Buddah (with chocolate biscuit offerings) and the other statues to the side (sorry, I’m no Buddist scholar, no idea who / what they are ) 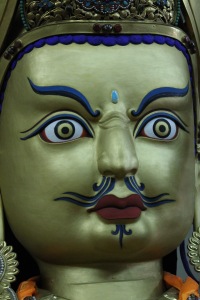 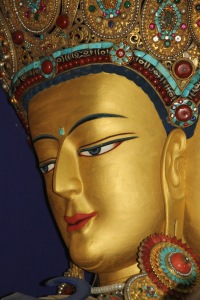 I warmed to McLeod Ganj in the end and was sorry to leave after less than 48 hours. It would be nice to return someday. Soon.