Or the title could be Der, Der, Der, deeeeerrrrr, de, Der, Der…. Today’s route was planned by the British film industry.

The reason I wanted to go to Fussen was that it was used in the filming of The Great Escape, and in particular Steve McQueen’s famous jump (or rather Bud Ekins’ jump)

Well, according to ‘the internet’ (so it must be true) this is the field, and I’m convinced this is the hut he hid behind. Also, my opportunity for a bit of off roading, German style, on perfectly smooth green lanes. 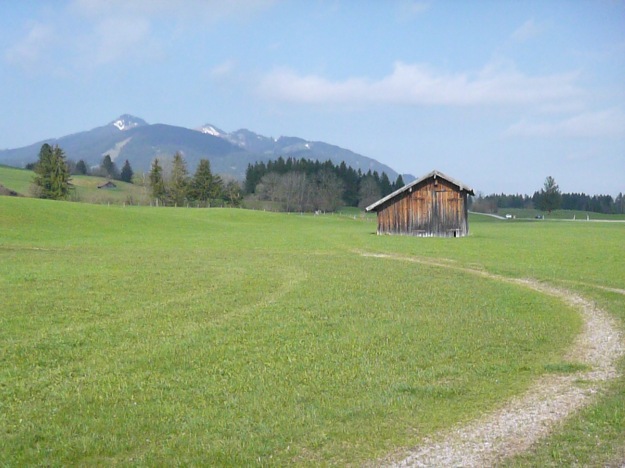 From Fussen it was on to Bregenz to see my first Bond location (via a route posted by ‘Ali in Austria’ on the ABR forum – thanks Ali, cracking road)

This is Bregenz open air opera, used in the Quantum of Solace. Not sure what are setting up for (something with the Terracotta Army) in QoS it was Tosca

Before Bregenz, I crossed the Austrian Border, I’m making a habit of photographing borders – the blue and white sign tells me that I need to buy a vignette to use the roads (I needed one for Switzerland as well.

From Bregenz it was on to another Bond location Verzasca Dam in Southern Switzerland. Before that I popped into Lichtenstein- popped in being the right phrase, in and out in 16 minutes, the place is tiny.  The dam was used in the opening scenes of Goldeneye, where Pierce Brosnan jumps over the edge using a bungee rope. If you have a head for heights, and a stomach to Mach, then you can recreate the jump… Somehow, I don’t think Eejay would appreciate me doing it – thankfully it was closed. 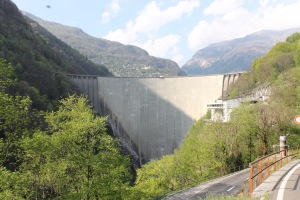 Final highlight of the day: just around the corner from my hotel is Piazza Cavour (what the hell is my life for?) wherever you are in the world, Morrissey can always be relied on…