Finally, I get to use the ‘punctured bicycle’ line

Day 11: To Kaza – via Gulling and Pin Valley
A short simple ride planned today to visit a Monestary at Gulling and stay overnight in Kaza.

Parts of the Monestary are 600 years old, but what I found most interesting is that the monks follow a branch of Buddism (not sure which one, will look it up) where monks can marry and have families, so the place is full of women / wives and kids / students. This monk caught my eye and was more than happy to pose in his Adidas sports gear, and the shy young lad, Tensing, showed me around the modern temple.

Disaster struck on the way out of Gulling, Motti ran over a nail and got a flat tyre. Still, we both know how to change an inner tube… Except that we messed it up and punctured the new tyre… So, a slow ride into Kaza, with regular stops to re-inflate the trye, to find a proper mechanic. 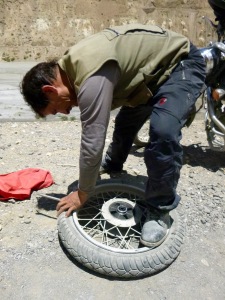 When we got to Kaza, I discovered a crack in the frame of my bike – I guess Bullets aren’t designed for blokes my size, especially on rough roads like these. Thankfully, I spotted a sign next door to the hotel for a ‘welding shop’ so, an hour later the frame was fixed.

Late afternoon, once the bikes were both fixed, we took a short ride to the Monestary at Ki (sometimes spelled Kee or Key) and the village of Kibber. Ki sits on top of a hill that is 4116m and at 4205 Kibber was once the highest village in the world with both electricity and running water (no idea who has the current record). Both new heights for me and my bike.

There’s a small school, primary health centre and a few guest houses in Kibber, but not a lot else. But when I asked in the shop for a cup of tea and a Kit Kat I was taken aback when the guy answered me in perfect English – one of the (many) great things about travel in India.

I had read about a span that connects Kibber with (Chicham, I think?) On the other side of a deep gorge. Motti hadn’t been before and it took a bit of finding (not to say a bit of off roading as well). We were lucky enough to see someone using it, just a normal bloke on his way home after a day’s work. Thankfully I don’t have this type of commute to Wigan. 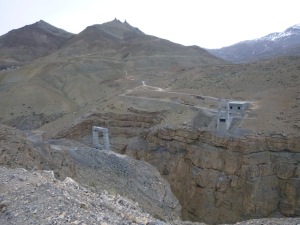 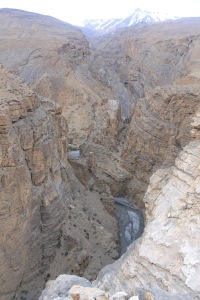 Day 12: To Nako – via Dhankar and Lhalung

We have reached as far as we can get on this loop as the Kunzum La pass wont open for another month or so. So we have to turn back and re-do the last few hundred KM – what joy! We’d planed it this way, so still had some sight seeing to do at the monestaries of Lhalung and Dhankar.
This chap is the monk who looks after Lhalung Gompa, he said he was the tallest man in the Spitti Valley, on most days he may be right, but not today.

There is an entrance fee of 50 Rupees to enter (about 50p) plus, he decided to charge me another 100 Rupees to allow me to take photos. As soon as I paid and got my camera out there was a power cut! So the monk ended up having to use a torch to light up the inside of the temple – so, he earned his extra £1.

The Monestary is of a similar age to Tabo, although if I’m honest it isn’t a patch on Tabo, it has similar statues inside – so this might give you some flavour. 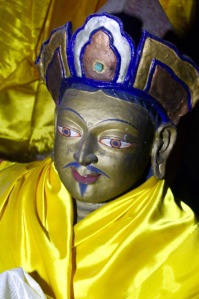 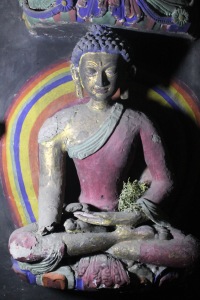 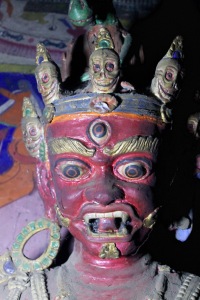 We then moved on to Dhankar, another one of those monestaries perched on top of a hill. It has been listed as one of the top 100 historical sights that are at risk – in this case of the cliff falling away and the Monestary going with it. 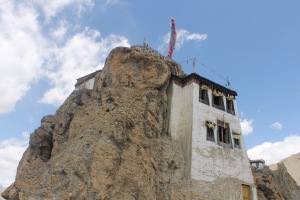 On the way to Tabo for lunch we came across a herd of Yaks, just casually walking down the road… As you do 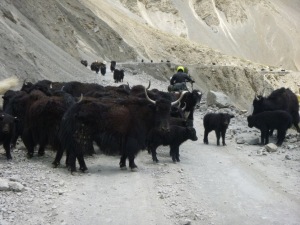 We returned to the village of Nako for the evening, again another town with stunning views and a picturesque Monestary. 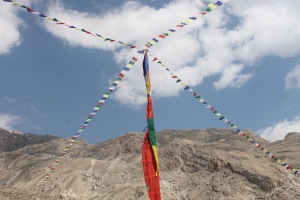 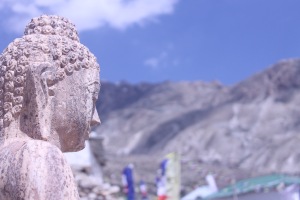 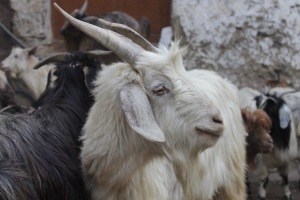 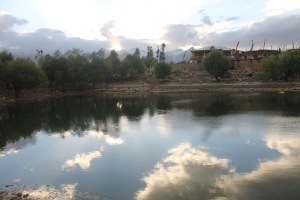